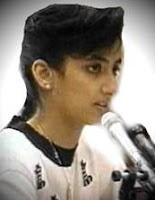 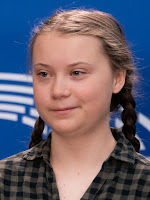 Today Syria's al Raqqa resembles a modern day Dresden. Huge twisted skeletons of concrete and steel stand atop piles of debris once home to a thriving, bustling metropolis. In an earlier time, at the peak of the Islamic Golden Age, Raqqa was one of the most stunning ancient cities in the world, home to the grand palaces of Harun al-Rashid. Now all that remains of a city which had stood since the second century BC is old photographs. I look at the devastation and try to imagine what those poor people went through. I cannot.

For the record this isn't the result of sarin gas attacks. This was done with American bombs.

People respond to crying little girls; it disarms the critical part of the brain very effectively. In 2016 the image of little Bana Alebad, the 7 year old girl from Aleppo was plastered all over western news outlets as she sent messages out through Twitter documenting the siege of her city. How could anyone with a heartbeat help but feel empathy toward this poor little girl and her family, suffering under the brutal Assad dictatorship, enduring the daily persecution, the chemical attacks, the barrel bombs, as this megalomaniac Hitler-of-the-day committed genocide against his own people? Except that it didn't happen. None of it happened. There were no barrel bombs. There were no sarin gas attacks. In fact Syria had surrendered its chemical weapons stockpile long before the war even started.

I'm not here to deliver a screed about the injustices of the war against Syria, but I do want to talk about Western propaganda and its repeated themes. 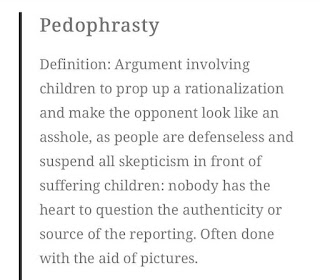 Those with longer historical memories might remember the 1990 testimony of another Middle Eastern girl, this time a 15 year old known to us at the time as Nayirah, for reasons of keeping her identity safe against possible reprisals by the Iraqis. During the winter of 1990 when the G.H.W. Bush administration was desperately making the case for military action against Saddam Hussein, Bush leaned heavily on Saddam's alleged cruelty toward the Kuwaiti People. It was Nayirah's false testimony given before the Congressional Human Rights Caucus on October 10, 1990 which would give Bush all the ammunition he needed to launch Operation Desert Storm. Nayirah's tearful recollection of Iraqi soldiers removing hundreds of Kuwaiti babies from incubators and leaving them to die on a hospital floor turned out to be not just over-dramatized war porn, but as much a fabrication as Nayirah herself. Nayirah, it was later revealed, was in fact the daughter of the Kuwaiti Ambassador to the U.S., Saud Nasir al-Sabah, and it is highly unlikely that she was ever in Kuwait to witness the alleged atrocities in the first place. But, details. Needless to say Bush got his way. 30 000 Iraqi soldiers were killed in the ground war, another 100 000 by air strikes with up to twice as many civilian casualties. 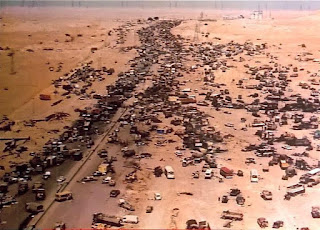 Fast forward to to 2009 and the same media outlets which brought us Nayirah delivered the heart wrenching story of 15 year old Park Yeon-mi (Yeonmi Park), the North Korean defector and human rights activist who escaped with her family to China in 2007. In front of Western news cameras, in full traditional Korean dress and crying a river of tears she described how her family "were not even allowed to have their own thoughts in North Korea!", how she had been forced to eat grass, how her mother had been brutally raped by her Chinese handlers and how she had had to bury her father alone. There was no mention of the fact that Yeon-mi came from an educated, politically connected family that had turned to black market trading during North Korea's economic collapse in the 1990s. Her entire story including a bestselling book had been completely fabricated.

Speaking of wealthy, politically connected families, who exactly is Greta Thunberg? The daughter of a Eurovison star and winner of the 2017 WWF "Environmental Hero" award, and poster child of We Don't Have Time, a "social network for climate change" managed by finance racketeer Ingmar Rentzhog, Greta's rise to fame is as scripted and contrived as any of the above, and thanks to the internet (and the hard work of real investigative journalists), even better documented. The photo ops of Ms Thunberg with George Soros, Bill Gates, Richard Branson and Bono should be enough to confirm that she is at best the victim of a massive propaganda operation, at worst fully complicit.

Or perhaps it's just me whose been paying attention too long. The ‘White Helmets’ turned out to be al Qaeda operatives. OPCW reports of Assad's sarin gas attacks turned out to be a fabricated pretext for bombing Syria. I'm not even going to begin with the so-called 'Afghanistan Papers' as this would no doubt only draw the usual, predictable responses: He's paranoid; crazy; a conspiracy crackpot; looking for enemies under every rock. But here's the thing - you really don't need to watch the news like a hawk or subscribe to every alt-media blog to follow what is going on. You just need to pay attention. When Julian Assange rots in Belmarsh Prison awaiting extradition to the US while Greta is named Time's Person of the Year; When the poster child of the new climate-change crusade repeats the outrageous lie that Evo Morales and his band of Bolivian vigilantes are burning the Amazon, weeks ahead of a U.S. fascist coup d'etat; When 1700 indigenous Amazon protectors are reported tortured, disappeared and murdered - which of these was granted an audience with the Pope or a photo op with Obama? Which made it onto the cover of Time? Which got to speak in front of the U.N.?

You may be wondering what's the connection. You may even think I'm drawing a long bow, but make no mistake, Greta is a sham, and her movement is insidious war propaganda. The victims this time will be the poor and working classes, and in particular non-whites. Barry Grossman sums it up succinctly: "The war on carbon will prove to be both the most enduring and most expensive war of all time." The 'solution' to the 'climate crisis' is already in the works, but it has nothing to do with saving the fragile ecosystem. It is rather a last ditch effort to save the rapacious beast of capitalist imperialism which has already begun to consume itself.

The argument goes that we need to put a price on carbon in order to mitigate the 'extinction level threat' posed by climate change. We’ve seen the modelling they say. People on low and average incomes will be better off they say. Alas 40 years of monetarism says otherwise. They did the same to home loans and look what happened. They did it to health care and look what happened. They did it to education and look what happened. Now they want to do it to carbon pollution. The problem with this argument is that there is not one single instance to be shown where creating a needless tradeable asset class has led to lower prices for consumers. Rather creating new opportunities for profit exclusively benefits the owners of capital. Look at who is leading the racket and who opposes it. Finance capital wants a carbon tax, because finance-capitalists are speculators who make money from trading financial assets. Industrial capital opposes a carbon tax, because industrial capitalists are producers who make money from directly exploiting resources. One side happens to align with liberal democrats and centrist technocrats, the other with conservatives and neo-fascists. Make no mistake that neither side gives a flying fuck about the environment. This is about looting our pension funds. This is about denying poor countries a sustainable path to development. This is fundamentally about eugenics.

The 'climate crisis' will not be solved by the billionaire class. Nor will it be solved by a popular movement led by a crying little girl or an outraged teen, no matter how disarming her charm. The climate crisis can only be addressed by dismantling the capitalist mode of production. When we stop doing things for profit and start doing things because we actually care about the environment and about human life; when we stop writing our science papers for career advancement and start honestly searching for answers; when we stop making cult leaders out of poster-children and begin taking responsibility for our own thoughts and actions - then we might begin to see some real solutions brought to the table. 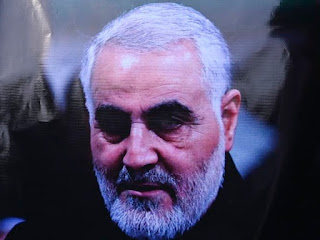